What do the Lumo Delay Indexes mean?

The Lumo delay indexes are a score from 1 to 10 given to each flight indicating how “risky” a flight is with respect to being delayed. The score is intended to capture both delay frequency (probability of a delay occurring) and delay severity (how long will the delay be if it does happen).

Lumo calculates this index as a weighed average of 4 numbers:

Here’s a breakdown of the delay index 16 hours out vs the average delay for 1 year of flight data. Obviously, these are averages and your specific situation might be different. 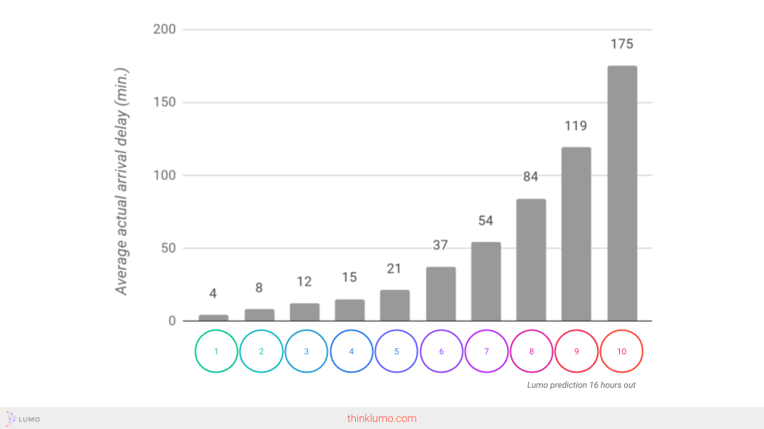 Here's one example of the predictions.

At 12 hours before departure, Lumo alerts the traveler that winds at LGA could disrupt their flight, and assigns a delay index of 5 (there is a 60% chance of less than a 30-minute delay at that point). 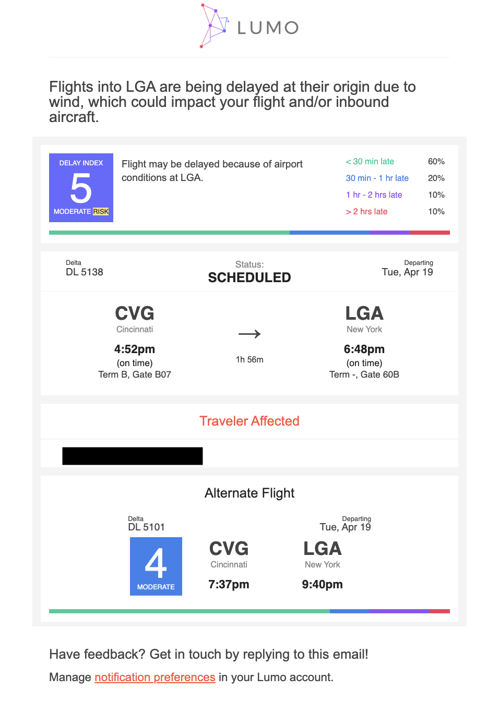 Subsequently, as conditions evolve, Lumo upgrades the prediction to a 7 (only a 25% chance of less than a 30-minute delay). 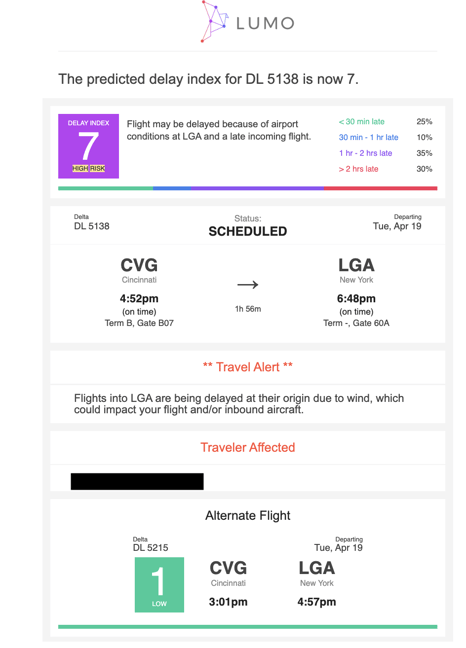 The flight eventually ends up being significantly delayed (since there is a 100% chance of a 2+ hour delay at this point, the delay index would be 10). 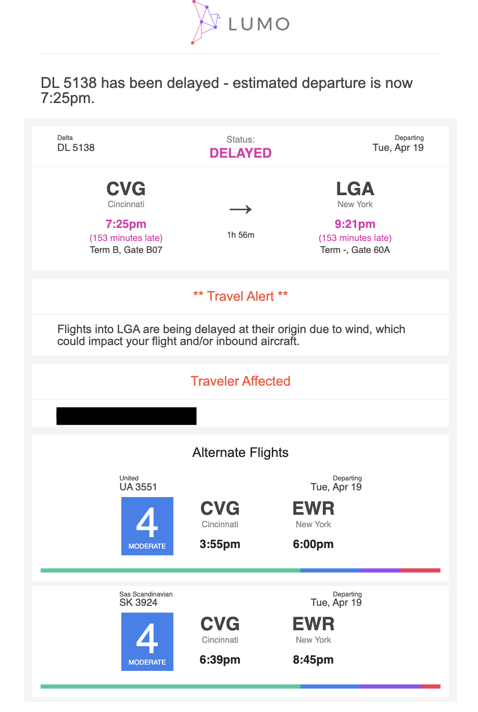 Here is another help page on the delay indexes and a blog post on the factors that go into our predictions.